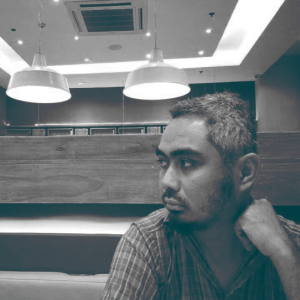 Gutierrez II Mangansakan has been considered as one of Mindanao’s prized filmmakers. As a pioneering Moro writer, filmmaker, and heritage conservationist, he has produced, written and directed numerous documentary and experimental works. His debut documentary short, House Under the Crescent Moon, won the Gawad CCP para sa Alternatibong Pelikula at Video in 2001. He has been a recipient of several fellowships in the Philippines, U.S. and Japan, including the prestigious University of Iowa International Writing Program in 2008. He edited Children of the Ever-Changing Moon (Anvil 2007), an anthology of essays by young Moro writers. His recent book is entitled Rays of the Invisible Light, another anothology of essays. In 2013, he founded the SALAMINDANAW Asian Film Festival, which showcases films from Mindanao, Philippines and Southeast Asia. His recent film, Forbidden Memory, about the 1974 Malisbong Massacre during Martial Law, won the Best Documentary Award during the 2016 Cinema One Originals Film Festival. 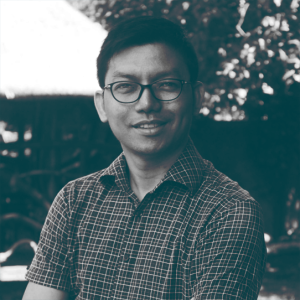 Jarell M. Serencio is a writer, director, producer and founder of Man Overboard Productions. He joined the 1st batch of ABS-CBN & Ricky Lee’s TV & Film scriptwriting workshop in 2004. He started working in the TV network as contributing writer for the soap opera “Sana’y Wala nang Wakas” then later he became the Head Researcher/Writer of ABS-CBN’s drama anthology show, “Maalaala Mo Kaya”. He attended the Found Story writing workshop of Armando “Bing” Lao in 2011 which inspired him to make his 1st short film entitled, Victor. The film won Best Short Feature in the Cinemalaya Independent Film Festival in 2012 and was also screened at the Bahamas International Film Festival, Cinema Rehiyon 5 and San Francisco Film Festival.

Serencio was a recipient of the Pandayang Lino Brocka Film Production workshop that promotes the effective social relevant storytelling of the late National Artist, Director Lino Brocka. His 2nd short film, Mga Bitoon sa Siyudad (Stars in the City) was an official entry to the Metro Manila Film Festival 2016 and won the award as Best Director. Same film was nominated for Best Short Film during the 40th Gawad Urian and was screened at Cinema Rehiyon 9, Binisaya 2017 and FACINE San Francisco, USA. He just finished his 3rd short film entitled, Siyudad sa Bulawan (City of Gold) which received a film grant from National Commission for Culture and the Arts (NCCA). 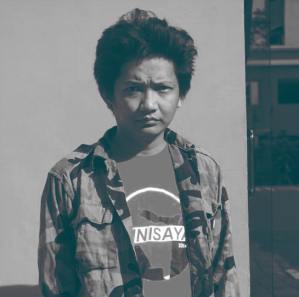 Keith Deligero previously worked for a national TV network in Manila. He quit his job to go back to Cebu and started on personal independent film productions. He self-produces and self-distributes his films under shoestring budgets and always has been an advocate of the punk rock DIY ethic, which shows in his first films Baboyngirongbuang and Kordero sa Dios. He makes commercials, music videos and acts on the side. He is the prime mover behind the BINISAYA Movement which annually programs the BINISAYA Film Festival. His 2013 film ISKALAWAGS made it to the Cinema One Originals Film Festival and was considered as one of the critically-acclaimed movies of that year. His follow up, LILY, won for him the Best Director award during the 2016 Cinema One Originals Film Festival. His new work, the short film Babylon, was awarded the Best Short Film in the recently concluded QCinema International Film Festival.