The 2018 edition of the Ngilngig Film Camp was organized by Pasalidahay, a Davao-based film community that supports independent filmmakers and promotes the development of Mindanao cinema by screening regional and independent films to the local sphere and engaging in talks with its audience. The three-day camp held at Malagos Garden Resort Davao has successfully gathered new voices and personalities for a new wave in Philippine cinema.

SHERAD ANTHONY SANCHEZ
“Ways of Seeing: Elements & Vocabularies in Filmmaking ”
Sherad’s film career began when his college short film, Apple (2005), premiered at the prestigious International Film Festival Rotterdam in 2006. After winning a grant from ABSCBN’s Cinema One Originals to produce his first feature film, Huling Balyan Ng Buhi: O Ang Sinalirap Nga Asoy Nila, he became a creative consultant for more than a hundred of Cinema One Originals’ feature films. He has done several film lectures and mentoring in various local and overseas venues and is known for his experimental films Jungle Love (2012) and Salvage (2015). His new project, Doors: A Philippine Horror Anthology, together with six other Filipino filmmakers, is a collaboration with a Malaysian production. 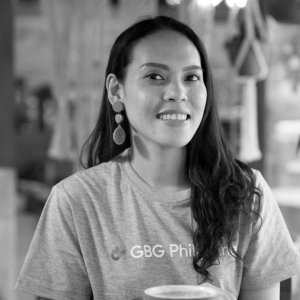 GLORYPEARL DY
“Pitching your Film”
Glorypearl Dy is the CEO and co-founder of Swito Corporation, a social innovation hub focused on giving creative businesses the resources to make their ideas sustainable. Under her leadership, Swito Corporation has won various recognition for its initiatives. It won the Smart PayItforward, British Council Ideation Camp, Our Better World, Google Business Group Stories, Universities and Councils Network on Innovation for Inclusive Development South East Asia and Great Impact SouthEast-Asia. In 2015, she won a pitch for ITU World Young Innovators Challenge held in Budapest, Hungary for the project “Digital Storytelling and Peacebuilding.” She was awarded Most Distinguished Alumnus for Media Innovation and Social Enterprise by the University of the Philippines in Mindanao. She is the manager of the Google Business Group-Davao and the advisory board for the Creative Innovators Program of British Council. During her free time, she serves as a mentor 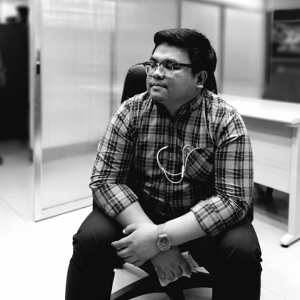 JAY ROSAS
“Film Appreciation”
Jay Rosas is a co-founder and film programmer of PASALIDAHAY film collective. He also program films for the Davao Ngilngig Film Festival and regularly writes film reviews for Mindanao Times. He also contributes to the New Durian Cinema online film journal. He is actively involved in the local film scene particularly with the Salamindanaw Asian Film Festival and has assisted in the 9th Cinema Rehiyon in Nabunturan last year. He has also served as jury member for two editions of the Mindanao Film Festival. Jay has participated in the Film Criticism Workshop in the Yamagata International Documentary Film Festival in 2015 and completed a training and development program for young Asian film curators and programmers in Tokyo in July 2017 and Thailand last January, organized by Japan Foundation and Thai Film Archive. His culminating film program, which showcased some of the first films of established Mindanao filmmakers, is part of this year’s BINISAYA Film Festival exhibition, which was recently screened in Dumaguete and UP Manila, and in Cebu this month. Currently, he is also involved in building the Mindanao Digital Film Archive.

BAGANE FIOLA
“Localizing Filmmaking”
Bagane Fiola is a filmmaker from Mindanao, in southern Philippines. His second feature film Baboy Halas (Wailings in the Forest) was selected under the Bright Future non-competition section of the 47th International Film Festival Rotterdam in 2017. It won the NETPAC Jury Price award during its World Premiere at the QCinema International Film Festival held in Manila Philippines in 2016. Recently, the film was given a Special Newcomer Award at the Internationales Film Festival Mannheim-Heidelberg in Germany in October 2017. Fiola is the founder and festival director of the Davao Ngilngig Film Festival, the first and only genre film festival in the Philippines. His previous works include the film Sonata Maria, which won Best First Film at the Young Critics Circle of the Philippines 2014, and several short films, which have been exhibited in various regional film festivals. (from Kaleido Asia Collaborative Film Program Southeast Asia and Japan 2018 by Jay Rosas).

JEFFRIE PO
“Film as a Collaborative Art”
A director, editor, and cinematographer hailing from Cagayan de Oro, Jeff rie Po has been actively participating in the fi lm scene since 2014. He is an alumnus of the Northern Mindanao Regional Documentary Workshop from 2015 to 2016 and of the 2016 Salamindanaw Asian Film Festival: Mindanao Screen Lab. His latest short film, Ang Ikaduhang Pagbalik (2016), recently bagged the Best Ngilngig Film Award in last year’s Davao Ngilngig Film Festival 2017 and was the recipient of the Second Best Film Award and Sulyap Kultura Award in Cinemagis Short Film Festival 2017. He was also a short fi lm grantee in last year’s Cinematografi ca / Tinydoc Lab.

SARAH SUYOM
“Make-up for Film”
Sarah Suyom is a Davao based make-up and special effects artist that had been tapped by local filmmakers to complete the cinematic look perfect to complement their scary scenes.

When we first launched the film camp in 2015, we did so with the hopes of reaching out to storytellers and eager learners of the cinema arts in Davao City and nearby cities; to co-develop new voices and new works in film.

At that time, the Davao Ngilngig Film Festival was two years in; holding independent and small screenings in alternative spaces in the city and through the festival networks in other Philippine cities such as Manila and Cebu. Through these, DNF gained a bit of attention in social media and among the interconnected arts circles.

Seven participants signed up in the first film camp. The rest were volunteers, all friends, who each wanted to contribute their skills in the camp organization. It was not the best logistical scenario. But with everyone pitching in solutions and identifying camping needs, we made it through the three days in Samal; learning from each other, enjoying each other’s company, and finding collaborators to work with in producing films post-camp.

In 2017, we were able to double the number of our participants and attracted participants from outside Davao. The first batch of campers volunteered, continuing the circle of support provided to them in their first year of participation.

This year, the second batch of campers make up most of the volunteers in this camp. They, along with the core team of the head organizing group Pasalidahay, the mentors, and the other new volunteers, are here to support you and this endeavor; fostering a vibrant community of filmmakers, and new voices in Philippine cinema.

The past two years also marked the expansion of support with experienced filmmakers in the country’s filmmaking industry, further developing the camp format. In 2017, filmmaker Charliebebs Gohetia (I Love You. Thank You) did a lecture on editing horror films, and organized a panel for the critical review of the campers’ story concepts for their in-camp films. We are further establishing that panel this year, with a pitching session to a panel composed of esteemed filmmakers, Sherad Anthony Sanchez (Jungle Love, Salvage), Raya Martin (How to Disappear Completely, Smaller and Smaller Circles), and Jeffrie Po (Sa Ikaduhang Pagbalik), last year’s winner of the Davao Ngilngig Festival; juried by Sanchez, Keith Deligero (Binisaya Film Festival, Lily), and Gutierrez “Teng” Mangansakan III (Salamindanaw Film Festival, Qimayah).

As the camp mentors, Sanchez, Martin, and Po, will each deliver lectures that will be key to the critical discourse in the camp, and crucial to developing and challenging perspectives in filmmaking and in telling stories.